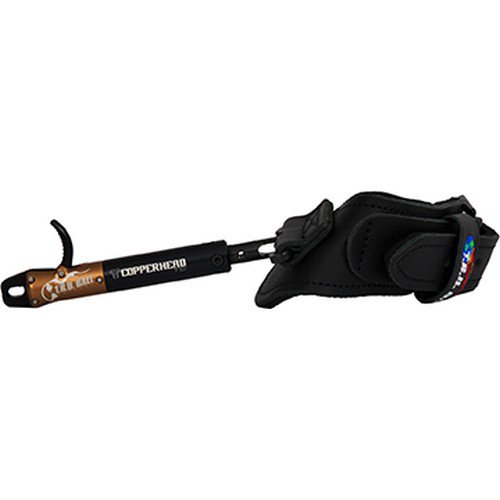 Field and Stream has the T.R.U. Ball Copperhead TC Release on sale for only $79.97.  This release has been discontinued, which is common in a competitive archery industry where companies are constantly changing and “upgrading” their products.  Typically, I wouldn’t post a release like this that isn’t a great deal, it’s a good deal, but it’s not a stop-the-job, run to the truck and get your wallet right now deal.

However, this release brings back memories from my early bowhunting career.  I was addicted to the classified section of AcheryTalk and was constantly looking for deals, trying new products often and upgrading my gear through trades.  Oh those were the good ole days.  Well, one day I traded for the original TRU Ball Copperhead and soon found myself slinging arrows, confident for my next hunt.  I woke up extra early to reach a treestand a a couple hours away from home.  I wanted to be in the stand before it got daylight and I successfully made the trip on time.

As daylight approached, I looked down at my wrist and one of the jaws on my TRU Ball release was missing.  It had fallen off during the trip.  no rhyme or reason, it simply failed me.  Granted, I had just traded for the release but it was in good condition, so I didn’t second guess it.  Sadly, my hunt was over before it started and I climbed down from the tree and went home.  It was the only release that I had at the time, so when I got home I sent TRU Ball an email about the situation.  To my surprise, they took care of me and repaired the release without question.  I had a lot of success with that old Copperhead for years after and I wish you the same (except for the jaw falling off of course).