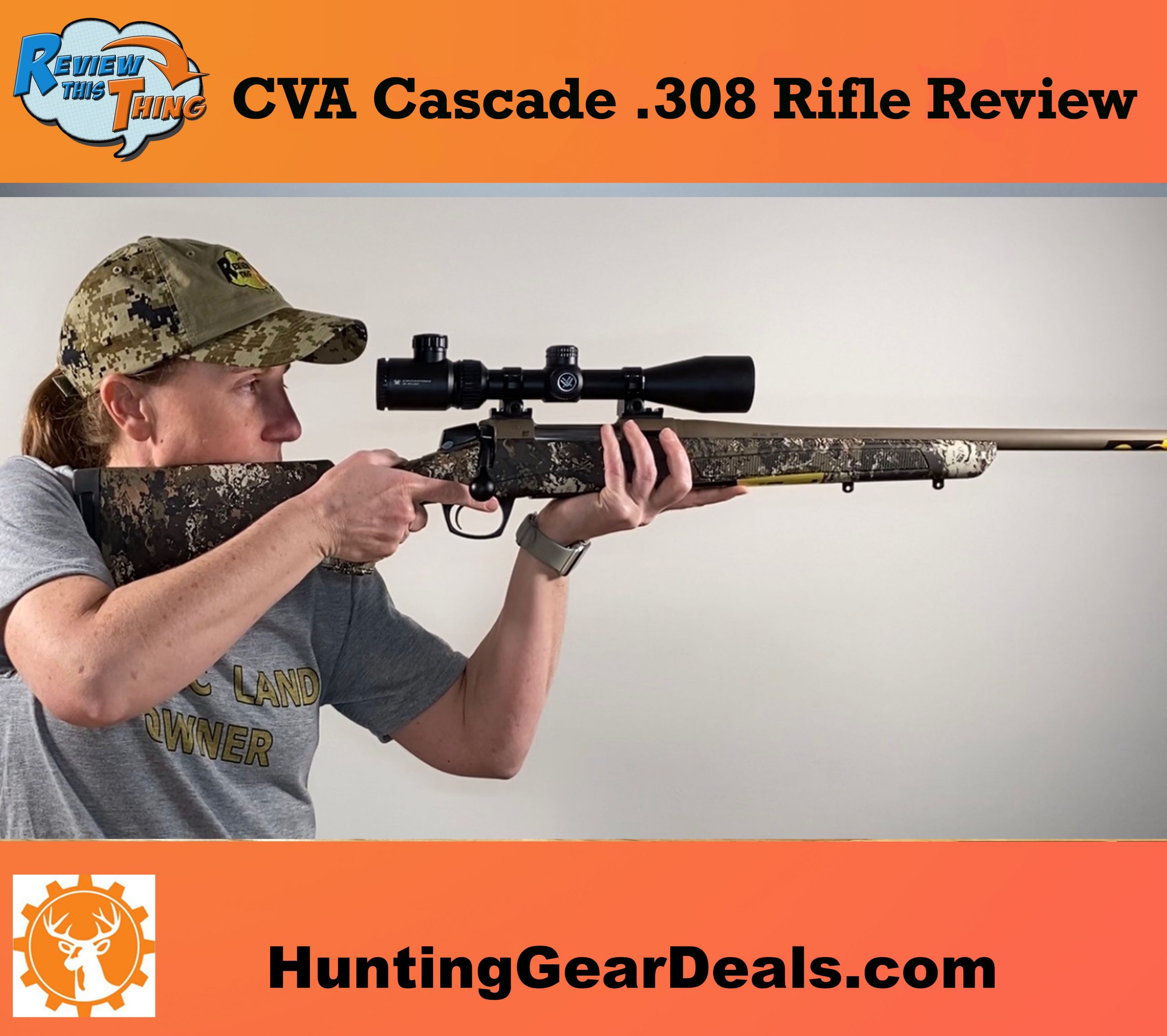 I’ve hunted for several years now, and just within the past couple of years started looking for a rifle that fit me well and was right for me. On that search, I was introduced to the CVA Cascade bolt action rifle.

You may not have known that CVA made bolt action rifles. We all know they make excellent muzzleloaders and have for years. But a few years ago, they jumped into the world of bolt action rifles. They are owned by the same parent company that owns Bergara Rifles as well, so they are made with basically the same care and attention as their more expensive big brother.

I’ve had my CVA Cascade rifle for a little over a year now and have shot it way more than any other gun I’ve ever shot.

This section could get a little long because there are A LOT of things I like about the CVA Cascade rifle. Mine is in the .308 caliber, so I’ve actually had a fairly easy time finding ammo for it. Because of that, I’ve done several ammo groups tests and have been able to find the rounds it seems to like best.

One thing I absolutely LOVE is that it has an adjustable length of pull (LOP). If you remove the spacer, you can decrease the LOP to right around 12 ¾”, which is much better for me than most rifles. The CVA Cascade rifle also has a very easily adjustable trigger – the Bergara Performance Trigger – which is the same trigger as the Bergara B14 Ridge. On the Cascade, the trigger can be adjusted without removing the stock. On that note, the trigger is also super smooth and feels great shooting it.

I also really like that it has a flush mount magazine. I have some difficulty loading most rifles from the top of the action, so being able to simply remove the magazine, load it, and replace it is pretty awesome.

The CVA Cascade rifle is also a pretty lightweight gun. With a sling, ammo, and a scope, it still weighs around 8.5 pounds. That weight is also very well balanced, so carrying the gun is easy to do.

Another thing I like is that the barrel is cerakoted and threaded, so you can add a muzzle brake or a suppressor very easily if desired. And, finally, I’ve been very pleased with the accuracy. I mentioned I’ve done a few 100-yard tests and have been able to fairly consistently get MOA/sub MOA groups with off-the-shelf hunting ammo. 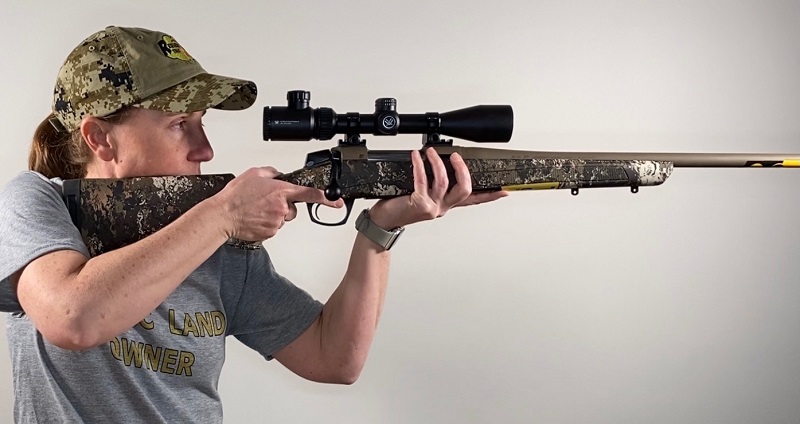 Overall, this is a very sweet gun. If I had to choose something to improve, I might recommend that more parts be made of metal instead of plastic. I haven’t had any trouble with the current structure, but I can only assume that metal pieces may hold up better than plastic in the long run.

The only other thing that would be nice is if the cheekpiece was elevated somewhat. As a female, I tend not to be able to rest my cheek on the stock but have to kind of rest my chin. If the stock was a little elevated, that would make it much easier to relax while shooting.

Overall, I’ve been extremely pleased with my CVA Cascade rifle. We actually have several videos on our YouTube channel, so take a few minutes to check them out if you’d like. If you’re looking for a new rifle, give the CVA Cascade rifle a good look!

Take a look at our video on YouTube at Review This Thing and let us know what you think.

Ready to buy? You can buy the CVA Cascade Rifle directly from CVA or from a variety of online retailers such as Palmetto State Armory, and Sportsman’s Warehouse.

Thanks to Adrian Jessen for writing this unpaid review and be sure to check out her YouTube channel Review This Thing. Hunting Gear Deals is funded by affiliate commissions. We may receive a small commission when you buy from our partners using the links provided. There is no additional cost to you. Thanks for supporting us by using our links when making your purchases.