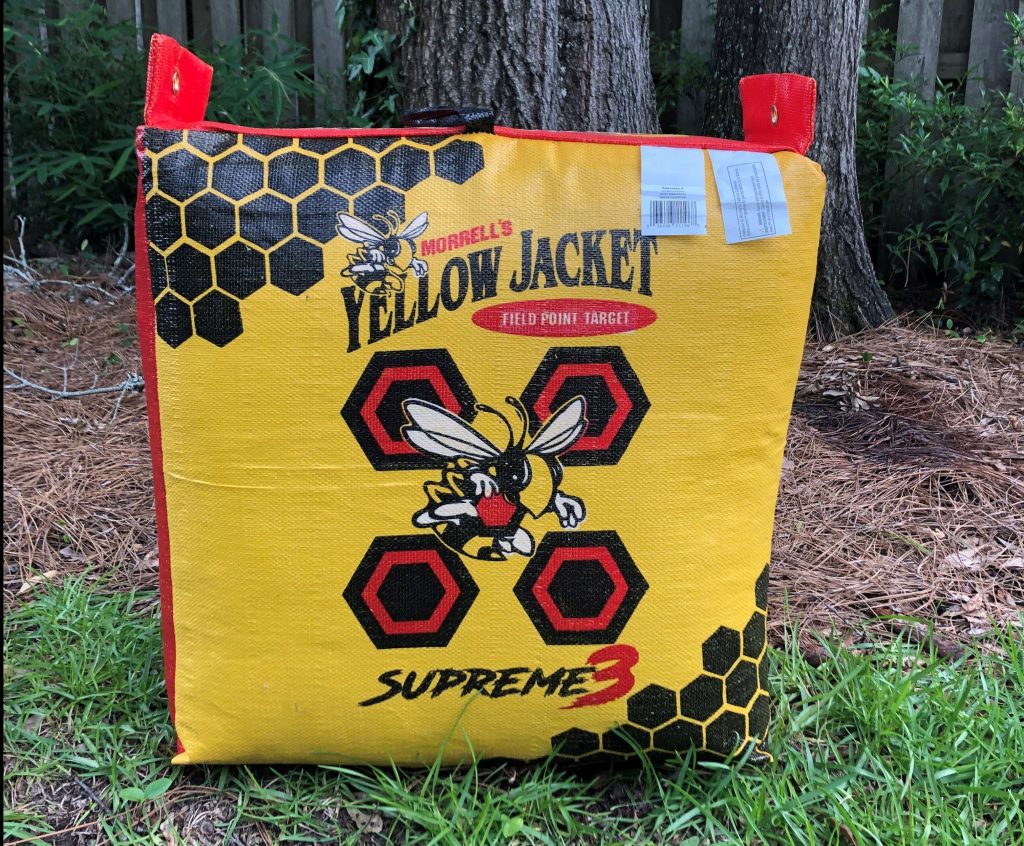 As a bowhunter, practicing is a huge part of my preparation for the upcoming hunting season. We all know how critical making a good shot is to quickly and ethically harvest a deer. Making that clean, precise shot has a lot to do with how well you have practiced and focused your efforts in the offseason. It also is impacted by the gear you practice with, namely your target.

Buying a bow target can sometimes feel like an investment due to high prices that many manufacturers ask for their products. But you don’t always have to spend a fortune to get a high-quality target. If you’re looking for a value-priced target that will last and perform just as well as the high-dollar competitors, a Morrell target might be right for you! Morrell has been making targets since 1986, and many people are familiar with their Yellow Jacket line of products. I received a Yellow Jacket Supreme 3 target to review, and below, you’ll find my thoughts and experience with the product. 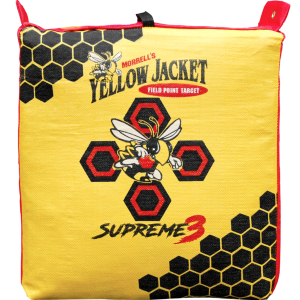 When I received the Yellow Jacket Supreme 3, it was in pristine condition and had no visible flaws from the factory. The target measures roughly 25” tall and 23” wide and is about 12” thick. It weighed about 27 lbs. One of the first things I noticed about the target was how firm it felt. Compared to other similar targets that I’ve owned, this target seemed to be a little better put together than others. It has somewhat of a ‘frame’ (for lack of better terms) around the outside edges that help keep the target upright and have prevented it from ‘squatting down’ over time. The Supreme 3 bag material is high-quality and felt like it could take many field points without a problem. 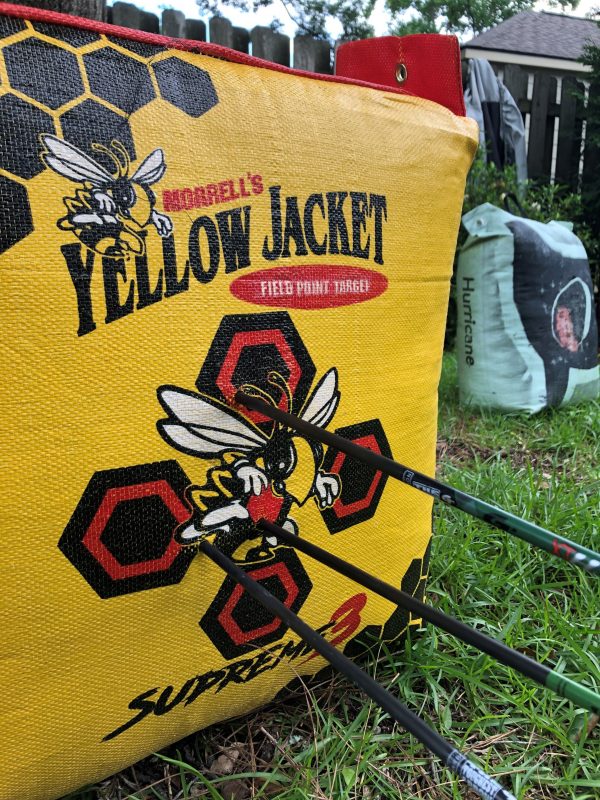 As you could imagine, I didn’t waste much time taking the target to my backyard and slinging a few arrows downrange. One thing I immediately liked about this target was the color scheme. I always wear contacts or glasses because I don’t have the best eyesight. Occasionally, seeing things through a peep-sight at longer distances can be challenging for me, especially in low-light. Morrell did a great job with the contrasting black/red targets on a yellow background. I have no problem clearly seeing what I’m aiming at from up close to 50 yards away.

I immediately noticed the very satisfying thud the target produces when hit. So, if visual confirmation of a clean hit on the target isn’t enough, you’ll definitely hear what you’ve hit it! Arrow removal was effortless, which was a huge relief! I can’t tell you how many times I’ve had a field point get snagged in whatever filler matrix some companies use in their targets. There’s nothing more frustrating than having an arrow get stuck, putting your practice on hold. That hasn’t been a problem for me with the Yellow Jacket, and arrow removal has been a breeze.

One small disappointment was the handle on top. After a couple weeks of use, the stitching attaching the handle busted on one side. I hadn’t had the target very long and was perplexed at what would’ve caused it to fail during such a simple task like carrying. On a positve note, you could easily tie a handle between the new hanging grommets if you’d like. 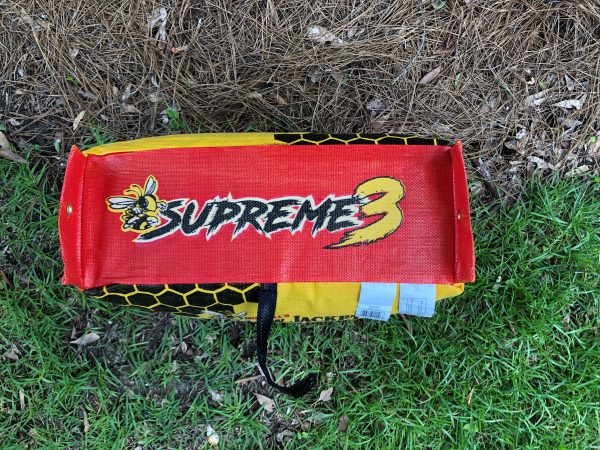 As a student in graduate school, sometimes my curiosity gets the best of me, and I have to try my own little kooky experiments. I had two in mind with this target, both related to the Morrell Yellow Jacket 3 being left outside. I’ll start with the first.

If you’re on this website, you’re obviously a value-minded hunter looking for affordable but high-performing products. I think the Morrell Yellow Jacket Supreme 3 target definitely falls into that category. It can be found at several online retailers for $40-$60. Given my experience, it performs well and is extremely affordable. For the price, you’re getting a high-quality target that will last you well beyond the hunting season.

Ready to buy? The best value with free shipping can by found on Amazon. Usually lees the the $50 retail price.

Thanks to Will Howard for writing this unpaid gear review. and to Morrell for providing a demo target Hunting Gear Deals is funded by affiliate commissions. We may receive a small commission when you buy from our partners using the links provided. There is no additional cost to you. Thanks for supporting us by using our links when making your purchases. Will Howard Wendland is a graduate student at Auburn University working with nutrient management for cotton. He loves spending time outdoors, especially bowhunting for whitetail deer. He also enjoys hunting ducks, quail, turkey, and doves and likes to fish, too!