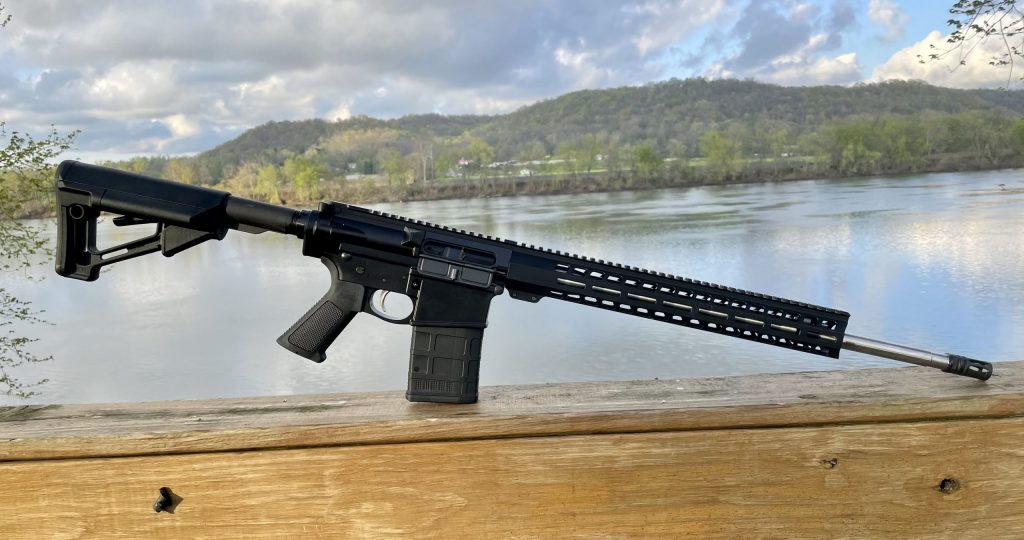 I’m just an avid deer hunter from West Virginia who has always claimed to be more proficient with archery equipment than I am with a gun.  However, I recently found myself enamored with my new ar-15-style rifle from Palmetto State Armory.  Unfortunately for law-abiding gun owners, semiautomatic rifles are often mislabeled as a military weapon or an assault rifle.  However, it’s time that we change the narrative about the AR rifle and show the world that we use them for big game hunting, including mule deer, elk, black bear, elk, feral pigs, and whitetails.

Bowhunting has always been my passion but ever since I picked up the Palmetto State Armory Gen3 PA10 .308, I’ve found myself marking my calendar for the opening day of the various gun seasons that West Virginia has to offer.  In fact, I might be chasing black bears as early as August 28 this year in southern West Virginia.  If so, I know what gun I’m bringing with me, and here’s why!

The PSA Gen3 PA10 .308 is a great introduction to the AR-10 line-up, combining accuracy and reliability at a great price.  The PSA Gen 3 is an AR-style modern sporting rifle chambered in .308, which is a good choice for most North American big game animals, such as whitetail deer, elk, and black bear. 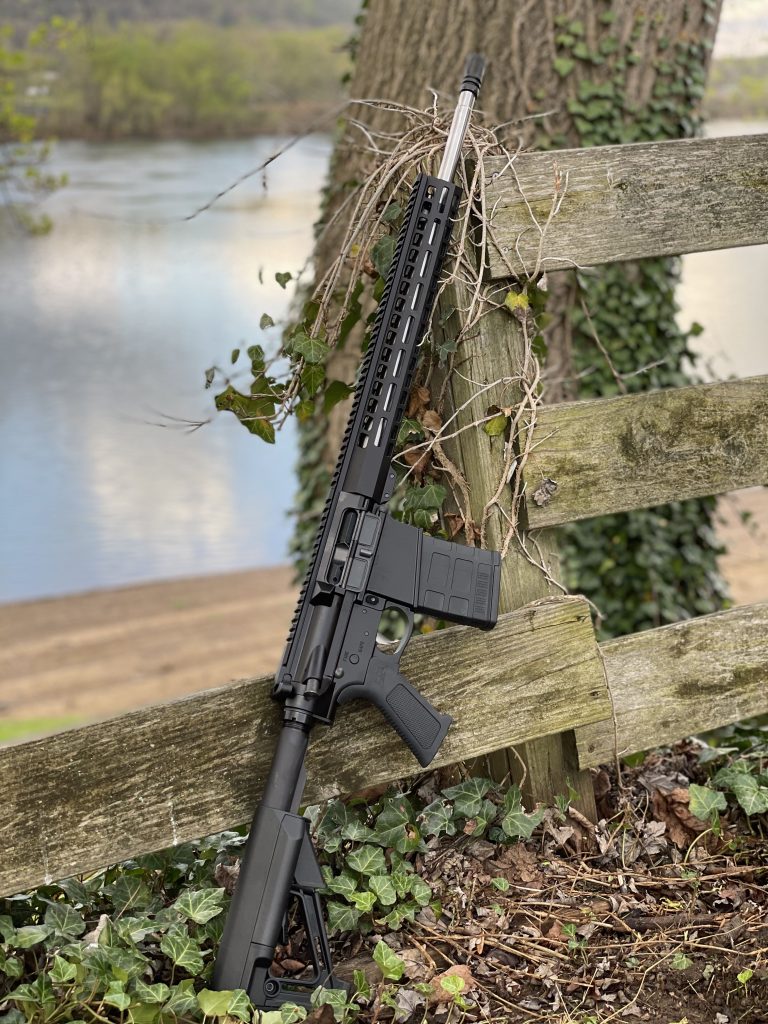 Can you hunt with an AR-style rifle?

Hunting with an AR-10 can be tricky in some states but many states offer hunting seasons in which this gun is perfectly legal for big-game hunters.  For instance, in my home state of West Virginia, I can’t take my .308 AR-10 coyote hunting at night but I can use the smaller AR-15 (5.56 or .223) to hunt coyotes at night.  The easiest way to figure out what is a legal weapon in your state is to reach out to your local conservation office or DNR office and ask about the local laws.

Many hunters utilize the AR-10 in .308 for predator control in the form of feral pigs.  Feral hogs or feral pigs are a common issue in the south but are a lot of fun to hunt.  Too bad I didn’t have this gun with me on my recent Turkey hunting trip to north Texas where we saw several pigs and we were left kicking rocks as they messed up our turkey hunt.

Be familiar with your state’s magazine capacity regulations, as well as their caliber restrictions.  Magazine capacities seem to be a more common hurdle from state to state.  You may need to purchase a smaller aftermarket magazine in order to be legal in your state, but don’t let this deter you from utilizing an AR-10 for hunting.  They’re a lot of fun too shoot and a great investment for recreational shooters and hunters alike.

How accurate is the PSA Gen3 PA10 Rifle?

To be perfectly honest, the PSA Gen3 PA10 Rifle is more accurate than I am.  Recognizing that I’m the only hindrance to every bullet hitting its mark is a tough task for many hunters but the truth is, this gun is only as accurate as the person pulling the trigger.  Speaking of the trigger, the two-stage trigger is smooth and crisp.  Stage one hits around 2 pounds and stage two comes in around 2.5 pounds.  Personally, I’ve seen 1″ groups with this gun at 100 yards and that’s ideal for me.  In fact, I’ve never shot at an animal outside of 100 yards before.

The gun is more than capable of shooting longer ranges and you must understand that ammo plays a huge role in the accuracy of any weapon, regardless of price or brand.  Ammo shortages seem to be more common in recent years, so finding enough affordable ammo to play with for this review wasn’t easy.  You can save money by shooing bulk 7.62 x 51 ammo on the range and putting the finishing touches on your sights with higher quality .308 hunting ammo before going on your next hunt.

In summary, pick up a couple of different ammo options and fine-tune your ammo selection to the gun.  Many hunters pick the ammo for the gun instead of letting the gun pick the ammo.  With the right ammo, you too can see sub-1″ groups at 100 yards with this semi-automatic rifle.

Specification and Features of the PSA Gen3 PA10 Rifle

If you’re a Gun Guy who wants to know all of the details of the PSA Gen3 PA10 Rifle, here’s what Palmetto State Armory has to say about their latest upgrade to AR-10 line-up:

The PSA Gen3 PA10 Rifle comes in many different options, including .308 and 6.5 Creedmoor calibers.  The .308 AR-10 can be purchased with an 18-inch barrel or 20-inch barrel. The 6.5 Creedmoor is only available with a 20″ barrel at this time.  I chose the longer 20-inch barrel for the purpose of big-game hunting and the hopes of increasing my effective range.

If you’re into building your own black gun, you can also pick up the upper receiver and/or lower receiver separately.  A lot of shooters like to build their own guns and both options would be a great investment in your custom-built rifle of choice. 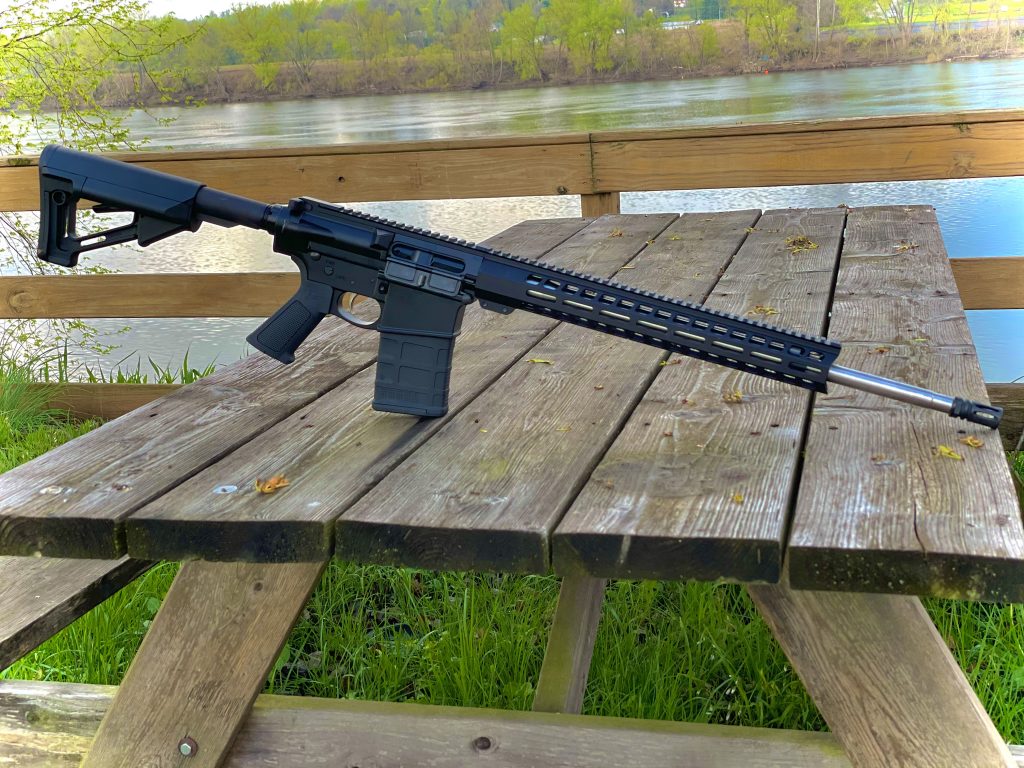 The Palmetto State Armory Gen3 PA10 .308 Rifle is an excellent addition to my gun collection that won’t have time to collect dust in my gun safe anytime soon.  Whether I’m ringing steel on the range or chasing whitetails in the fall, this rifle has earned its place in my arsenal.  Due to the weight of this rifle, I don’t think it will be accompanying me on any backcountry hunts, but it will see its fair share of use chasing wild boar, black bears, and whitetails in my home state of West Virginia.  Palmetto State Armory did an excellent job of combining reliability and accuracy at an affordable price with the PSA Gen3 PA10 .308 Rifle.  Who knows, I might just have to pick up a 6.5 Creedmoor as well!

Ready to buy?  The only place you’ll find this high-end AR-1o is at Palmetto State Armory.

Thanks for taking the time to read my review.  Also, thank you to Palmetto State Armory for supplying my new favorite gun!  Hunting Gear Deals is funded by affiliate commissions. We may receive a small commission when you buy from our partners using the links provided. There is no additional cost to you. Thanks for supporting us by using our links when making your purchases. 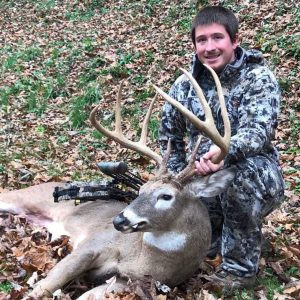 Hi, I’m Camron is the owner of Hunting Gear Deals. I’m an avid bowhunter with a knack for finding smoking deals on hunting gear.  Currently, I work in the oil & gas industry as an Environmental, Health, and Safety professional but my goal is to continue to grow Hunting Gear Deals and turn it into a full-time job.