I grew up around guns and still find myself overwhelmed by the sheer number of firearms, accessories, and shooting related products on the market. When I decided to take up hunting earlier this year, I decided to get into archery. My thought was that a stick and string would save me from wading into the heated debates of “Who makes the best gun?”, “Which caliber is best for which species?”, and “My great-grandad’s lever-action .45-70 has killed more trophy deer than any 6.5 Creedmoor ever will!” Little did I know, the archery world can be just as overwhelming. Hunting safely and ethically with a bow involves a lot more than tying a string to a stick and flinging arrows around the woods. My continued pursuit of becoming the best archer and bowhunter I can be led me to the Quivalizer by Option Archery, a few months ago. 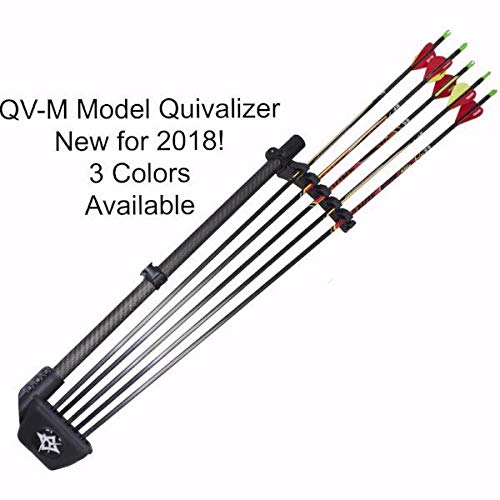 Option Archery’s aptly named Quivalizer reduces bow weight, improves bow balance and increases aiming stability at full draw by combining the quiver and the stabilizer into a single unit. No tools quick release connections allow the Quivalizer™ to be used like a one-piece quiver. It can be clipped to the side of the bow for storage and transport and moved into shooting position in a matter of seconds.

Retail Price: Many Options Starting at $175

Spend a few minutes reading up on Dan Evans, and you’ll find he’s no stranger to developing products that polarize the archery world. As the founder of Option Archery and Trophy Taker, Dan pioneered the fall-away rest, the Option Archery Sight, and the Quivalizer. He has continued to push the envelope, sometimes solving problems that archers didn’t even realize they had. The Quivalizer is one such product, combining a 5-spot hunting arrow quiver with a long, carbon-fiber stabilizer bar that seems better suited to the professional target archery world. In doing so, the Quivalizer manages to cut down on bow mass by combining two products into one. It also provides excellent stability from an extra-long stabilizer bar. That wouldn’t usually be a realistic addition for the average bowhunter who has a hike through dense brush to get to their spot. At $175 with the plastic hood and $199 with the machined aluminum hood, the Quivalizer isn’t cheap. It is targeted more towards the bowhunter who doesn’t balk at spending upwards of $1200 for the latest, greatest, and fastest carbon bow to the market. When you consider the fact that a premium bow-mounted quiver can set you back $75 or more, and a high-end stabilizer can clear $200, the Quivalizer starts to look like a comparative bargain. There are only two options to make when ordering the Quivalizer. The first is a machined aluminum hood or molded plastic. The second is the Standard version with an 18″ stabilizer rod for arrows up to 29″, or the XL with a 22″ stabilizer rod for arrows longer than 29″. The Quivalizer comes with all of the hardware needed to mount to your bow. It has a quick-release in the standard quiver position for ease of transport, and another quick release attachment in the stabilizer position. 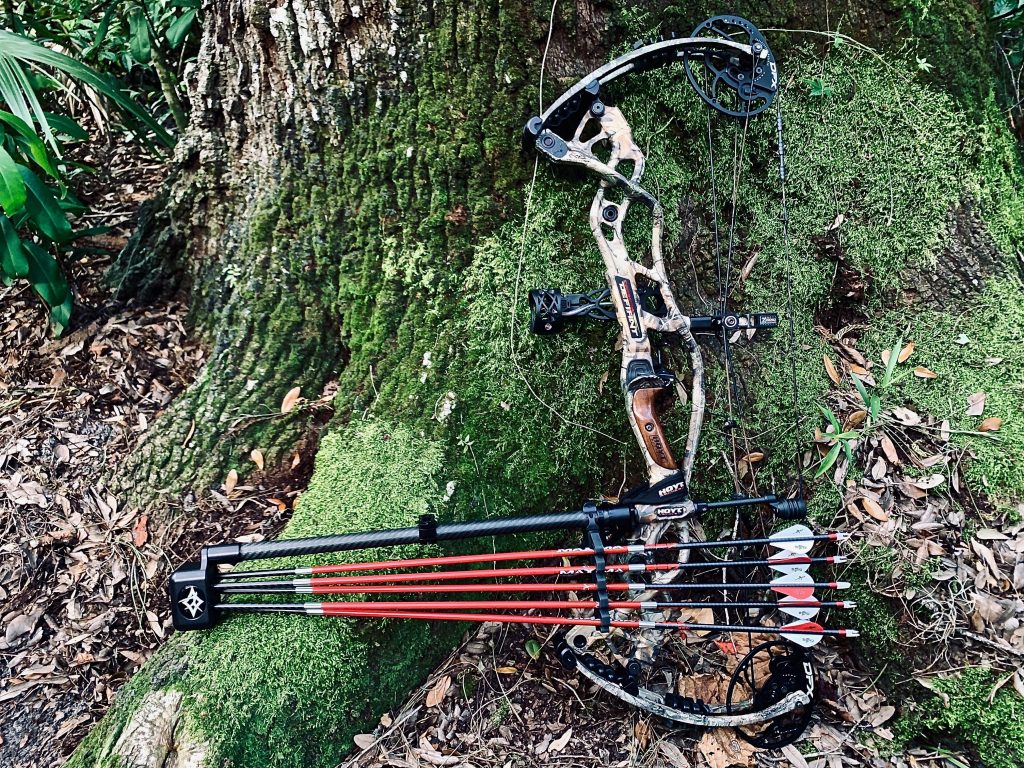 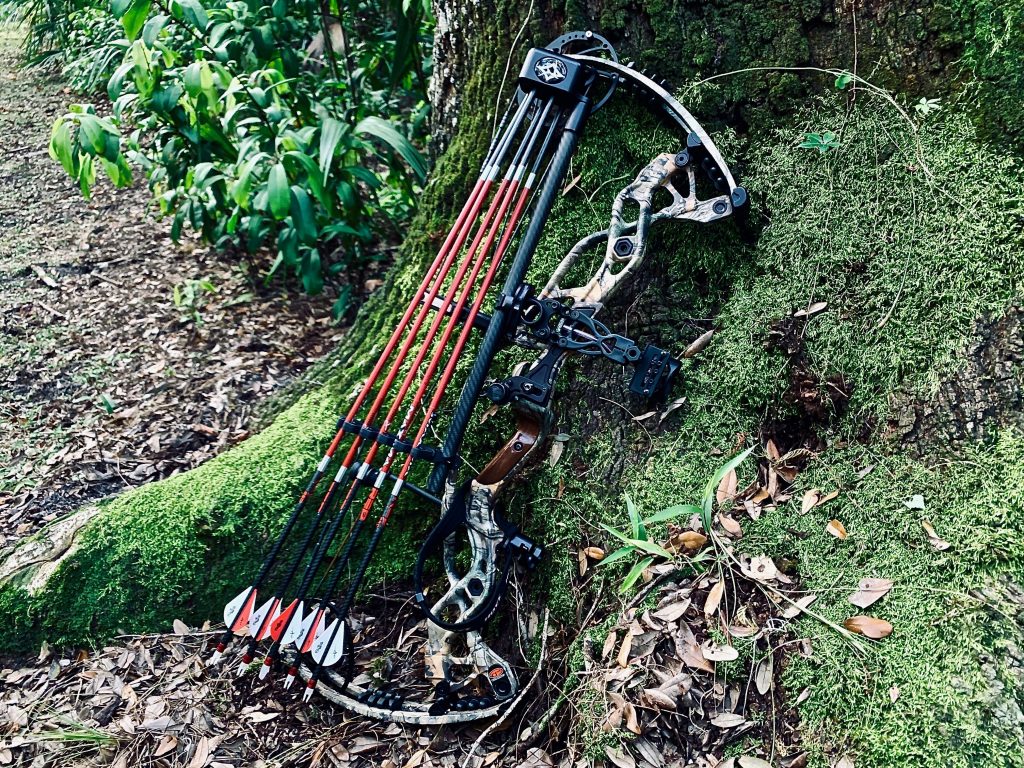 The Best Stabilizer and Quiver Option for Spot and Stalk Hunting

A bowhunting trip revealed my original stabilizer, an 8″ bar with useless aesthetic rubber blades, wasn’t going to cut it for slipping through the brush. I ordered a Quivalizer online, and two days later, I had it in hand. Within 2 minutes of opening the package, it was mounted to my bow by following the mounting instructions for the two quick-detach levers. While preparing for the upcoming deer season, I have been able to spend a lot of time at my local archery club testing it out. In quiver mode, the Quivalizer functions exceptionally well and keeps 5 arrows very tight to the bow. Only my sight is hanging in front of the riser, allowing me to store my bow in a soft-sided bow case with the Quivalizer attached. I’ve paid particular attention to how much movement is required to transition the Quivalizer from quiver mode to stabilizer mode, and the noise is created. The answers are not much and nearly none. Switching quick-release positions only take seconds. With the carbon fiber rod carbon and the plastic hood, there are no metal parts to squeak, tink, or bang against the bow. The quick-release levers offer silent operation.

The Benefits of Using a Long Bow Stabilzer

Aside from the Quivalizer offering a much lower profile as a quiver, the benefit of a long stabilizer can’t be overlooked. One look around the competitive target archery circuit will reveal all manner of stabilizers sticking off the front, back, and sides of bows. They’re universally long to provide the kind of balance that a professional target archer needs. On the opposite end of the spectrum, I was a new archer, struggling with excessive pin drift, leading me to slap at the trigger as my pin floated past the target. I might make a lucky shot occasionally, but my 5-shot groups were all over the target with my old stabilizer. With the addition of the Quivalizer, I find that my pin drift slowed down significantly. Not only did my accuracy increase, but my groups tightened up considerably. I’ve now “Robin Hooded” two arrows, one at 50 yards and another at 60 yards. I’ve worked on my form quite a bit at the same time. Focusing on finding a solid anchor point, relaxing my bow hand’s grip, and letting my shoulders down. Therefore, I can’t attribute all of my recent archery success to the Quivalizer, but I do give the Quivalizer more than 50% of the credit for my improved shooting. My local archery club has targets placed from 8 to 80 yards away. Anything past 20 yards used to intimidate me. Now, the Quivalizer balances my bow well enough to have a good chance of hitting my spot on the 80-yard target.

Does the Quivalizer Catch too Much Wind?

Archery forum research will yield a lot of questions about how well the Quivalizer performs in heavy wind, claiming the arrows and hood provide a lot of surface area. I’ve specifically shot outside with my Quivalizer on some windy days and personally noticed little wind effect on bow stability. A breezy day in Florida pales in comparison to some of the more windy conditions found on the plains states and mountaintops, so I don’t completely dismiss this concern. 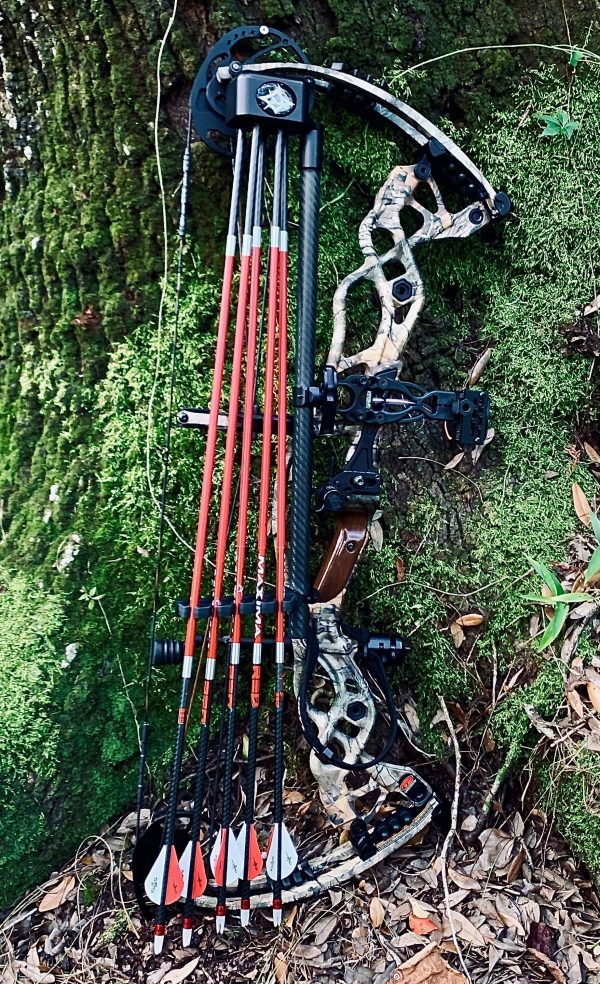 My old stabilizer has been sitting on my workbench since I received the Quivalizer, and I don’t plan on ever picking it up again. I attribute some of my increase in accuracy and consistency to improved form, but I have zero doubt that the Quivalizer gave me a huge leg up. It has offered better bow stability allowing me to slow down my shots, and focus more on form and proper technique.

I look forward to getting the Quivalizer out into the field this upcoming deer season. Without a stabilizer sticking out past my sight and with a quiver that holds my arrows tight to the bow, I don’t see how the Quivalizer couldn’t help me. Especially when spotting and stalking through dense brush. I have no regrets about paying $175 for the Quivalizer. It’s an excellent investment for a beginner looking to slow down pin drift. A seasoned target archer accustomed to long stabilizers may benefit from the comparable feel while bowhunting. I would encourage anyone interested to find someone with a Quivalizer and shoot it before buying a standalone quiver or stabilizer.

Ready to buy? You can find a great selection of options at OptionArchery.com. You may be able to find a deal on Amazon or eBay.

Thanks to Josh Olsen for writing this unpaid review. Hunting Gear Deals is funded by affiliate commissions. We may receive a small commission when you buy from our partners using the links provided. There is no additional cost to you. Thanks for supporting us by using our links when making your purchases.

Josh Olsen lives in Sarasota, FL with his wife and two daughters. Josh grew up in the outdoors, primarily boating and fishing, and looks forward to diving into the hunting world headfirst.