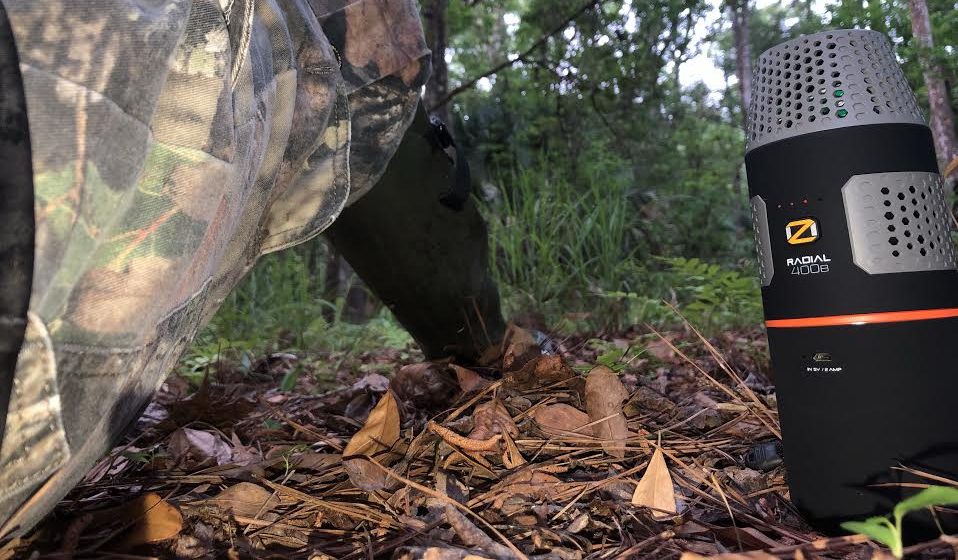 I’ve been stomping around the woods of Florida for well over 30 years hunting many of the species that roam our state. While there are many which take up my time and find their way to my plate my favorite, by far, has to be whitetail deer. When you think of Florida, you may not immediately think of deer or even the sport of hunting – looking, instead, to sports such as fishing or even golf. We do, however, sport a robust herd in many areas of the state. Unfortunately, what makes our state great for fishing and golf doesn’t always mix well with hunting… that would be the heat. It also happens that many of our bucks are rutting before we’ve seen the first cold front of the year.

The addiction of hunting whitetail bucks in rut is very real and, that being the case, the average hunter in the state has to come up with ways to deal with the heat. There are many ways to mitigate the effects of high temperatures, but it’s nearly impossible to avoid body odor and sweat. This makes scent control a true challenge for the Sunshine State’s hunters (as it is for anyone serious about pursuing whitetails). I was drawn to the usage of ozone several years ago when primitive units first came out for use with clothing. I knew there was something to this substance when I had a stinky pair of boot socks completely odorless after a 30-minute treatment. You may be familiar with some ozone units which sport a hefty price tag and a bulky profile. These units were and are meant to be taken afield to harness the power of ozone in real-time while hunting. But, even though I had seen, or smelled, the power of ozone I couldn’t bring myself to paying several hundred dollars and lugging a large unit with batteries and hardware out into the woods.

Then, I came across the ozone products from ScentLok, specifically the OZRadial 400B. Patent law prevents this unit from being advertised as a field unit to destroy human odor from the stand or blind, BUT it does just that. Even better, this unit has a much more reasonable price tag and a hunter-friendly profile making it easy to carry in and out of the woods. It even fits conveniently inside a cup holder. However, none of those facts matter if it doesn’t work. So far, I can tell you that it absolutely does! 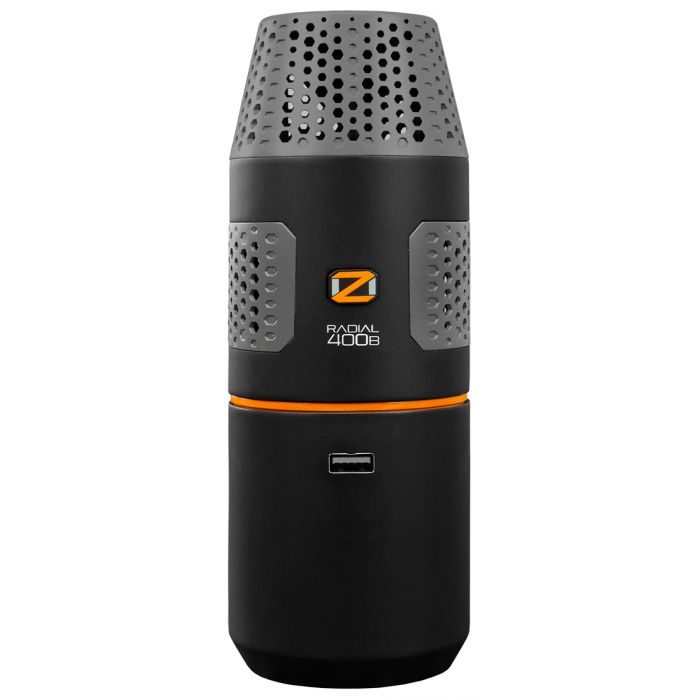 Emits a powerful stream of ozone molecules to seek out and destroy virtually all types of odors and bacteria in its path.

I purchased a ScentLok OZRadial 400B in January of 2019 on the horizon of 2 big hunts I had been waiting all year for. I can tell you the deer on these public tracts were wary and would not tolerate human scent. Every day I spent in the woods I had deer directly downwind of me and not once did they indicate they smelled human odor. In fact, one group of does had spotted my outline and briefly spooked. They ran directly downwind, settled down, and fed there for nearly an hour. The best part of all, however, is that I took two great FL bucks on these hunts. In fact, each buck just barely missed making the FL buck registry. I had the opportunity to watch each of them for 2+ hours on each hunt, and at any point, the swirling wind could’ve proven disastrous. My presence to them, ultimately, went undetected and they both gave me good shots to put them down after long waits. 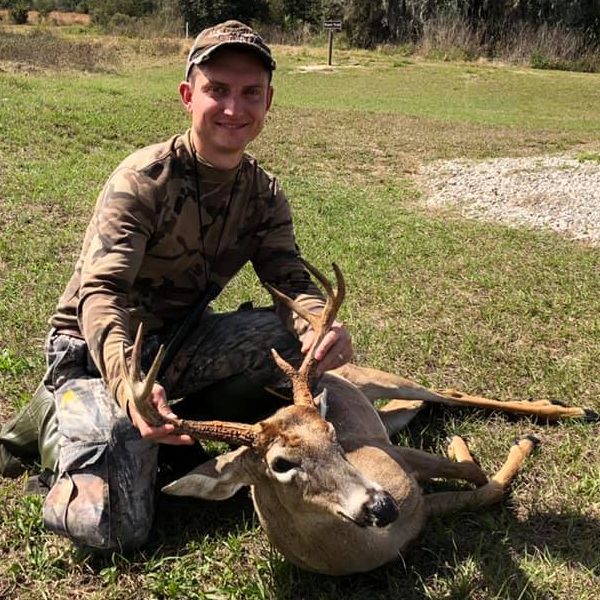 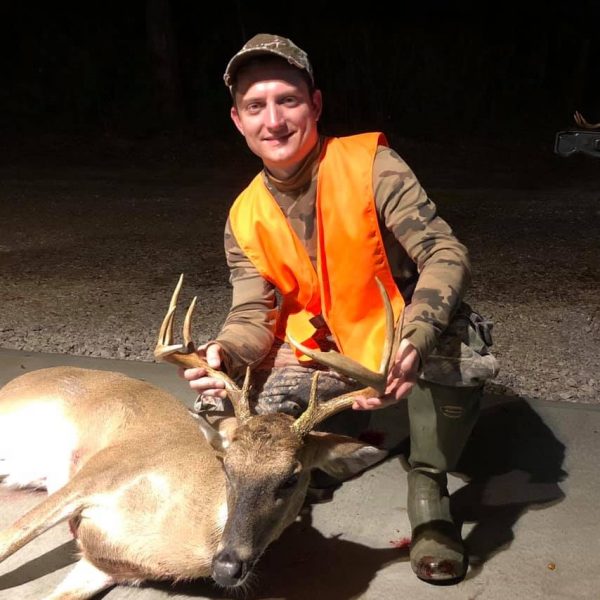 I’ve even used the unit at home to take care of odors when needed. Just to point out the power of the OZ400B, I will tell you about one particular instance where a certain smell needed to be removed from a bathroom at the end of my house. I think you know exactly what I mean. I set the OZRadial inside, turned it on BOOST mode, and closed the door. 10 minutes later as I sat on the couch watching TV, I began to smell ozone. This is a 3000 sq/ft house, and I am sitting 3 rooms and about fifty feet away. I went in and shut off the unit and about 10 minutes later ALL of the smells were gone…the ozone and the other smell. As you are sitting on stand, you have THAT type of scent-killing power hanging next to you at all times. 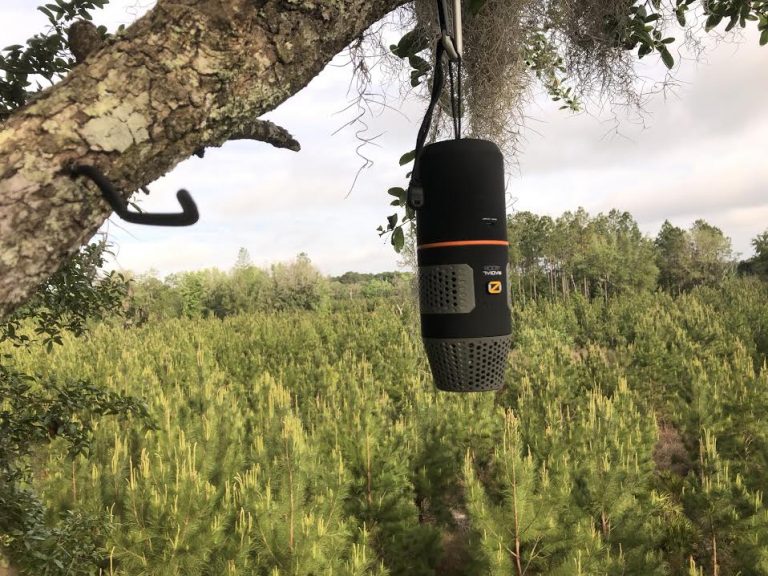 ScentLok advertises a battery life of up to 8 hours on normal mode. I like to run the unit on BOOST mode, and it lasts longer than a typical morning hunt but does get pretty low after about 4 hours. I usually keep a high-capacity phone charger on hand, so I have no worries about it dying should I stay on stand an all-day. Otherwise, a couple hours recharging in the truck will have it ready for the afternoon. The unit uses a standard micro-USB charging port and even has a regular USB port you can use to charge your phone or other devices.

Now for the nitty-gritty. The unit does produce a high-pitch noise, especially on BOOST mode. I can see where it might bother some people but, for me, I don’t mind when I consider what it’s doing to my scent stream. The unit also has what I would call a design flaw where the battery can pull away from the main compartment just enough to cause it to shut off. The plastic tabs which connect both parts are somewhat flimsy and allow both pieces to flex apart. With the unit being meant to hang from the provided lanyard it means you have to be careful when getting it set up. I would also be careful when putting it in and pulling it out of a cup holder. Broken tabs would likely mean a non-functional unit. Finally, regarding the lanyard, it’s a bit thin as well, particularly where it connects to the OZRadial 400B. I would feel more comfortable seeing it hang from something a bit more substantial so I will be replacing it soon. 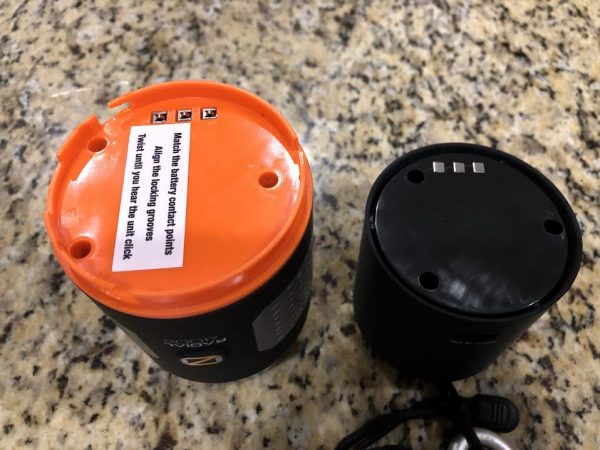 All-in-all I am satisfied with the unit, and I can’t wait for this fall to keep putting it to the test. MSRP is $250, but I found it on sale for 20% off and saw it even cheaper at a few other places since then. If you compare that to the competitor and consider the portability of the ScentLok OZ Radial 400B, you’d be hard pressed not to give it a shot this season. 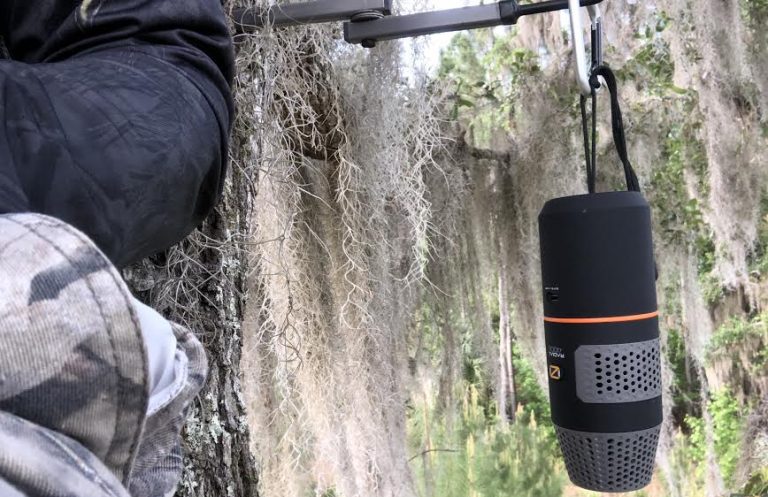 Ready to buy? You can find the OZ Radial 400B for much lower than the retail price on Amazon. You may be able to find a great discount code deal at Gander Outdoors.

Thanks to James for writing this unpaid gear review. Hunting Gear Deals is funded by affiliate commissions. We may receive a small commission when you buy from our partners using the links provided. There is no additional cost to you. Thanks for supporting us by using our links when making your purchases.